Skip to content
Home > Report on the Status of Women in Media in South Asia, March 2020

The Report on the Status of Women in Media in South Asia encapsulates the outcome of over five years of coordinated, collective effort by the participating institutions and individuals from nine countries of South Asia, on the SWAN project Women for Change : Building a Gendered media in South Asia. The detailed trajectory of the work done on this project is outlined in the Introduction, Chapter I of the Report.

The SWAN project targets quantitative and, based on data collation and analysis, qualitative assessment of the Status of Women in Media in South Asia, covering nine countries: Afghanistan, Bangladesh, Bhutan, India, Maldives, Myanmar, Nepal, Pakistan and Sri Lanka. Gender Sensitive Guidelines for Women in Media in South Asia (GSGWMSA) have been collectively formulated. The Regional Coordinators planned the Baseline Survey, providing the media research teams in each of these nine countries with specific details about inputs required research questions and allied issues. The Country Research Reports received from each of the participating institutions have been compiled in Volume II of the Report. Volume I of the Report has the collective and comparative analysis of the individual Country Reports, collated under nine chapters.

UNESCO (New Delhi Cluster Office) and SWAN conceptualized this project in 2013 and launched it in 2014, with the firm conviction that gender equality is central to the idea of a pluralistic and inclusive media eco-system. Gender equality is a pre-condition for genuine freedom of expression. UNESCO and SWAN agree on the critical role of the media as a reflection of society and an agent of change, through media freedom with responsibility. The media is an important partner, both in the promotion of gender equality as well as in removing negative gender stereotypes embedded in individual and community mindsets. Getting it right on gender and media is essential for the attainment of the Sustainable Development Goals (SDGs), beginning with SDG 5 on the empowerment of women and girls. UNESCO supported SWAN on this project until May 2018.

Research Highlights
The seminal research through the project Women for Change: Building a Gendered Media in South Asia, undertaken in tandem in all nine countries, shows without any ambiguity that the issues and concerns of women in the entire region are largely similar. The research has examined the news media, the advertising sector, the entertainment media, including films; journalism and mass communication curricula; and the existing gender-related legislations and policy mechanisms.

The women working in media do not have wage parity, nor are they adequately represented at decision-making levels in management. With few exceptions, women in media face a gender insensitive environment at the workplace, including discrimination, security threats and violence. There is sharp gender inequality in media coverage about women, with high focus on sexual crimes and harassment in the news media content relating to women. Most often, women are stereotyped, belittled and sexually objectified in the news, entertainment and commercial space across all the nine countries, as reflected in the individual Country Research Reports. The patriarchal mind-set prevalent in traditional societies, including across South Asia, is reflected in the media discourse and coverage about women in these countries.

The portrayal of women in advertising and entertainment media was found across all nine countries to be retrograde, projecting women in a stereotypical manner, either in ‘essentialist’ roles, as passive, subordinate to men, low in intellect and social hierarchy, or as objects of desire. Women across brand categories are stereotyped in advertising. In life style brand categories, they are usually sexually objectified. Despite censorship in some countries, and laws and codes of professional ethics in other countries, the menace continues unabated. Advertising per se has failed to recognize the social shift and the changing role of women in society. Some brands attempt to present modern women who are empowered, but deep analysis reflects reinforcement of old stereotypes and building of new ones.

The course curricula in journalism and mass communication faculties/ institutes in most countries in the region, with the exception of Bangladesh, are not inclusive and gender-sensitive. In India, more than 300 universities teach mass communication, but less than 10% of these had any module or course on gender. In Bangladesh, almost 75% such mass communication courses had gender as an important component, an example others in the region need to emulate. Across South Asia, a growing number of women join mass communication faculties to pursue a career in journalism and media. However, within a few years, they are forced to quit their jobs, for reasons that include the gender insensitive environment within the media industry, and familial responsibilities, despite their desire of fulfilling their professional ambitions and contributing to the family income.

India is probably the only country in the region that has a number of laws concerning women, including a law on ensuring maternity leave for working women, a law against the sexual harassment of women at the work place, and on setting up complaints committees within each organization. Other countries also have policies and regulations in place, but the implementation per se in all the countries in the region is lax. Serious efforts are necessary to overcome poor implementation and the lack of effective legal frameworks and policies that optimally addresses issues related to gender and women within the South Asian media.

Policy Recommendations
The country-based research findings on legal and policy frameworks for women in media highlight the urgent need for meaningful and effective mechanisms that can ensure a gender sensitive media with equal, non-discriminatory rights, protection against sexual harassment and gender based violence at the workplace, and respect for women in portrayal, both in media content and advertising. The mechanisms can include formal legislation, guidelines, codes of conduct and ethics, regulatory bodies and self-regulatory mechanisms. Each of the nine countries is keenly debating these issues, and a few have good mechanisms in place, but there is inadequate focus on implementation. India (ISID, New Delhi) has proposed a Multimedia Tool Kit for the gender sensitivity test.

Stronger initiatives by the Governments are vital, in partnership with all stakeholders, public and private, to agree on the most effective mix of mechanisms, to rigorously implement existing legal frameworks or update outdated policies. Editors and owners must come on board to accept the seriousness of ensuring a gender-sensitive media, and to pledge their cooperation in working towards agreed goals in this regard, whether on halting discriminatory and gender-biased practices by media organizations, or on ending gender based violence. Women media professionals must be assured a healthy, non-discriminatory work environment with equal opportunity. For ensuring portrayal of women based on reality and addressing objectification of women, the governments and industry self-regulatory bodies need to engage with the corporate and creative teams on brand advertising. Scriptwriters, producers and directors from the entertainment media should agree on gender sensitive indicators.

The South Asia Women’s Network (SWAN) thanks all those who have contributed to the success of our efforts in preparing this Report : the nine Country Research Teams and Country Advisory Boards, the Indian Institute of Mass Communication (IIMC), New Delhi, and Institute for Studies in Industrial Development (ISID) for their participation, and for the immense contribution made by the Regional Coordinators; to the Editors of the Report. SWAN’s special appreciation extends to Tata Trusts for their support in bringing out this publication. 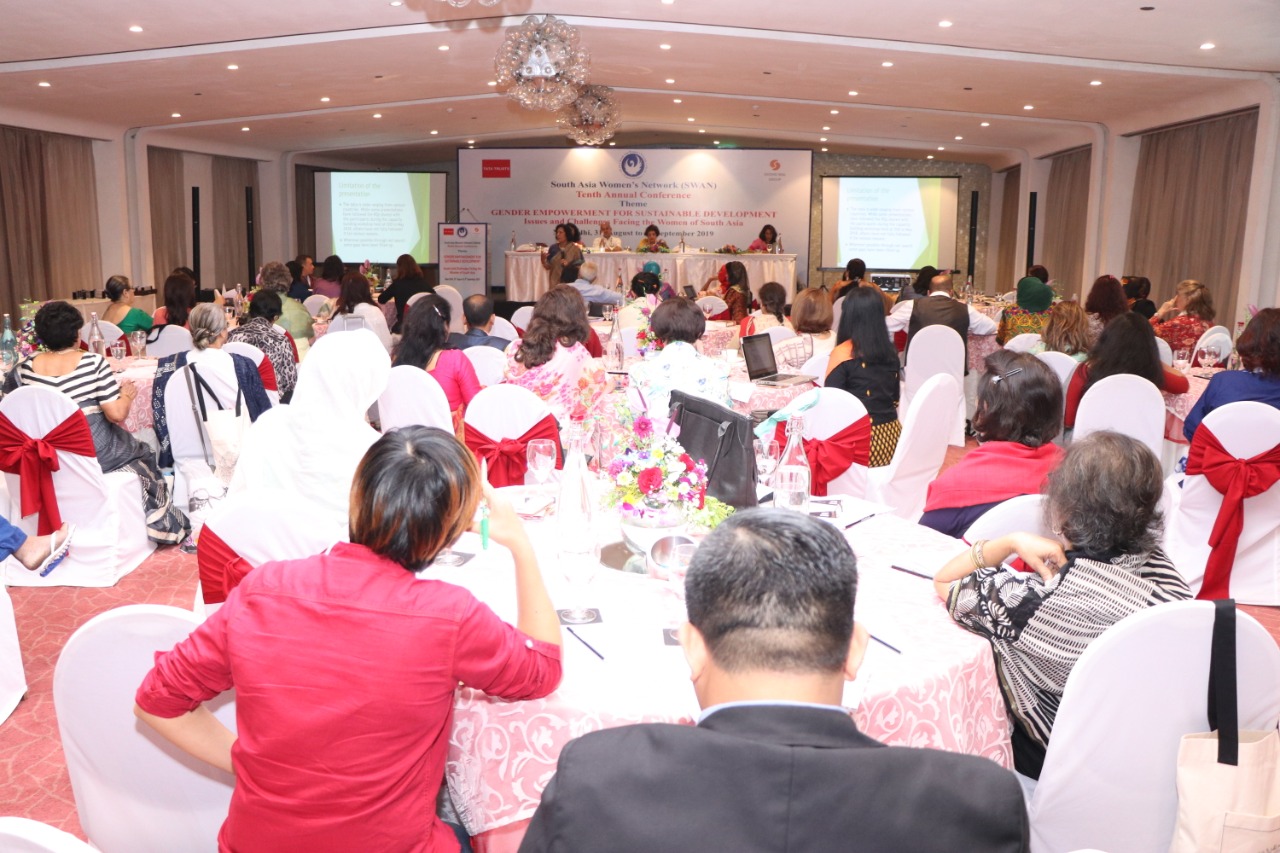 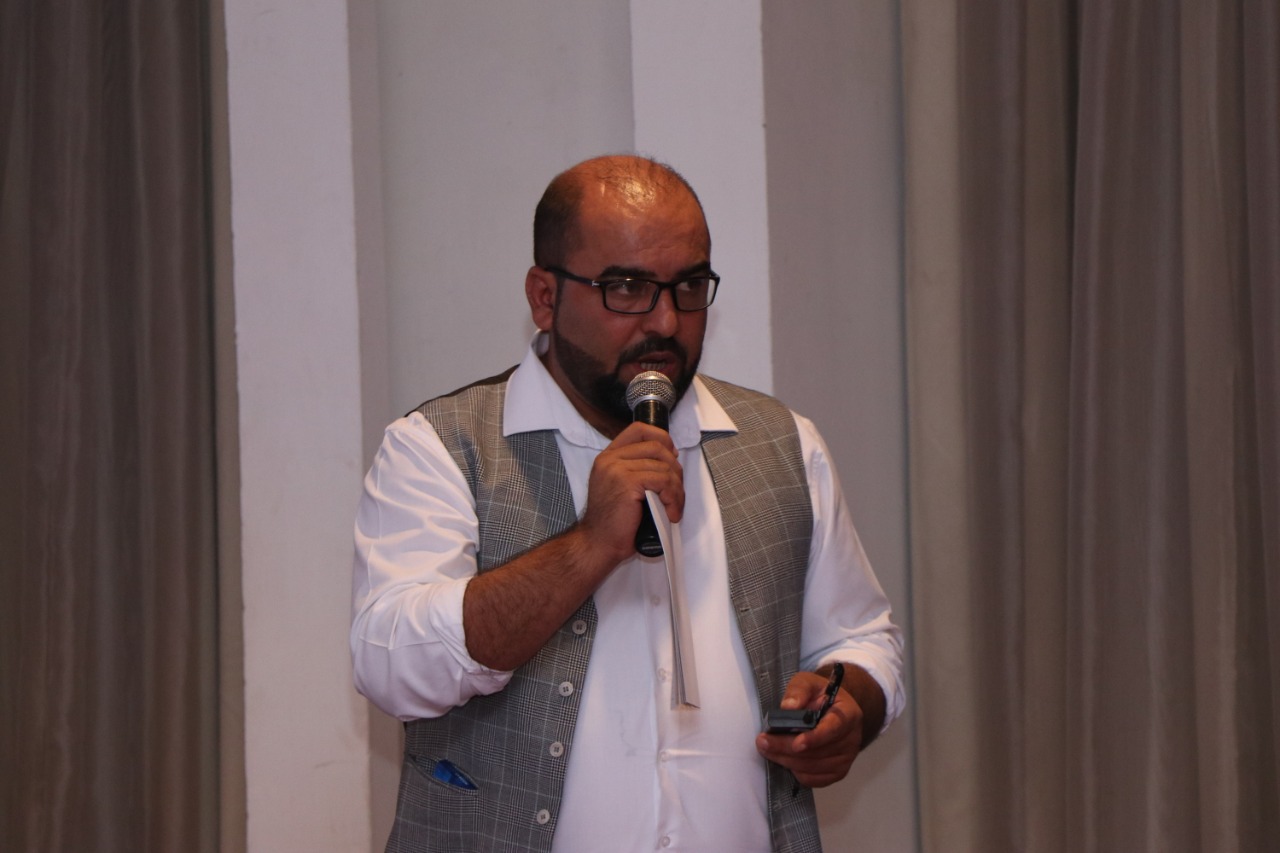 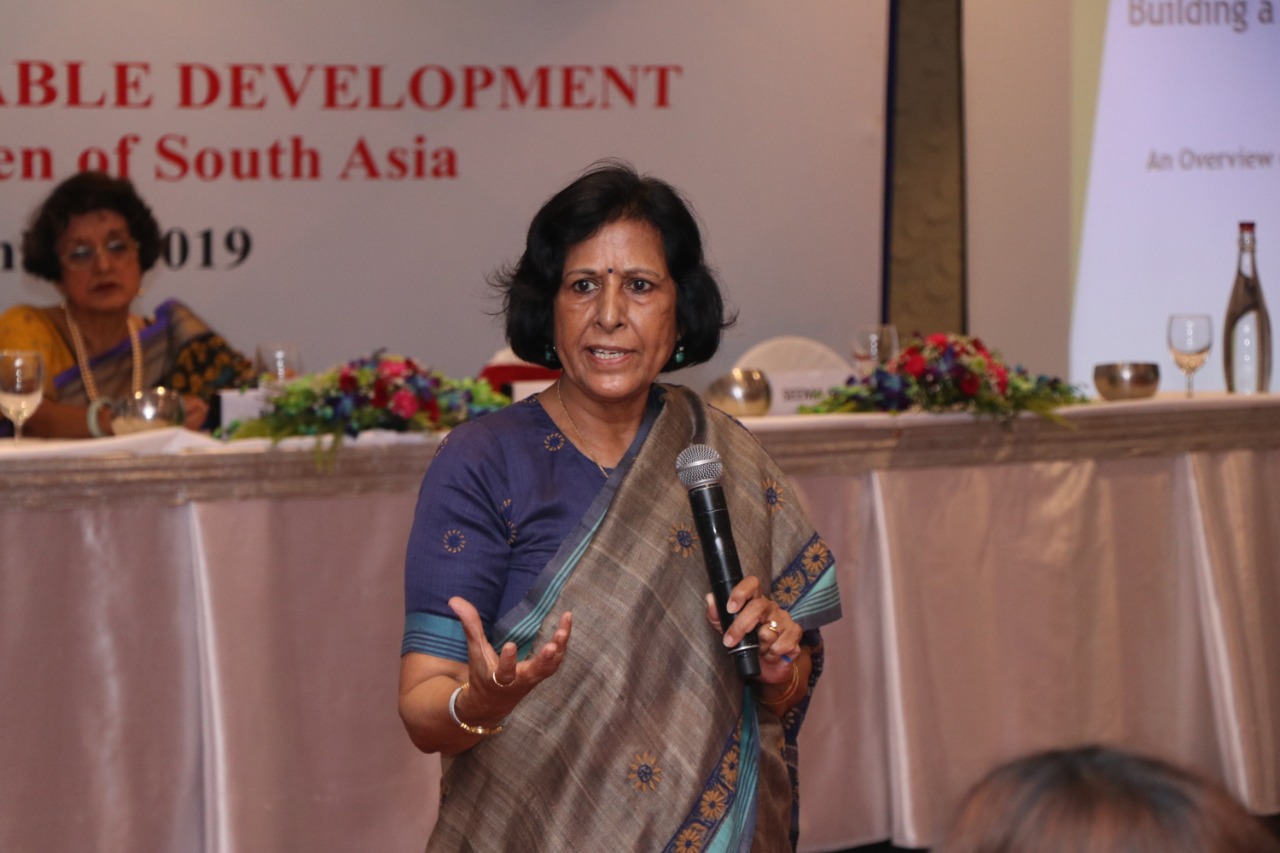 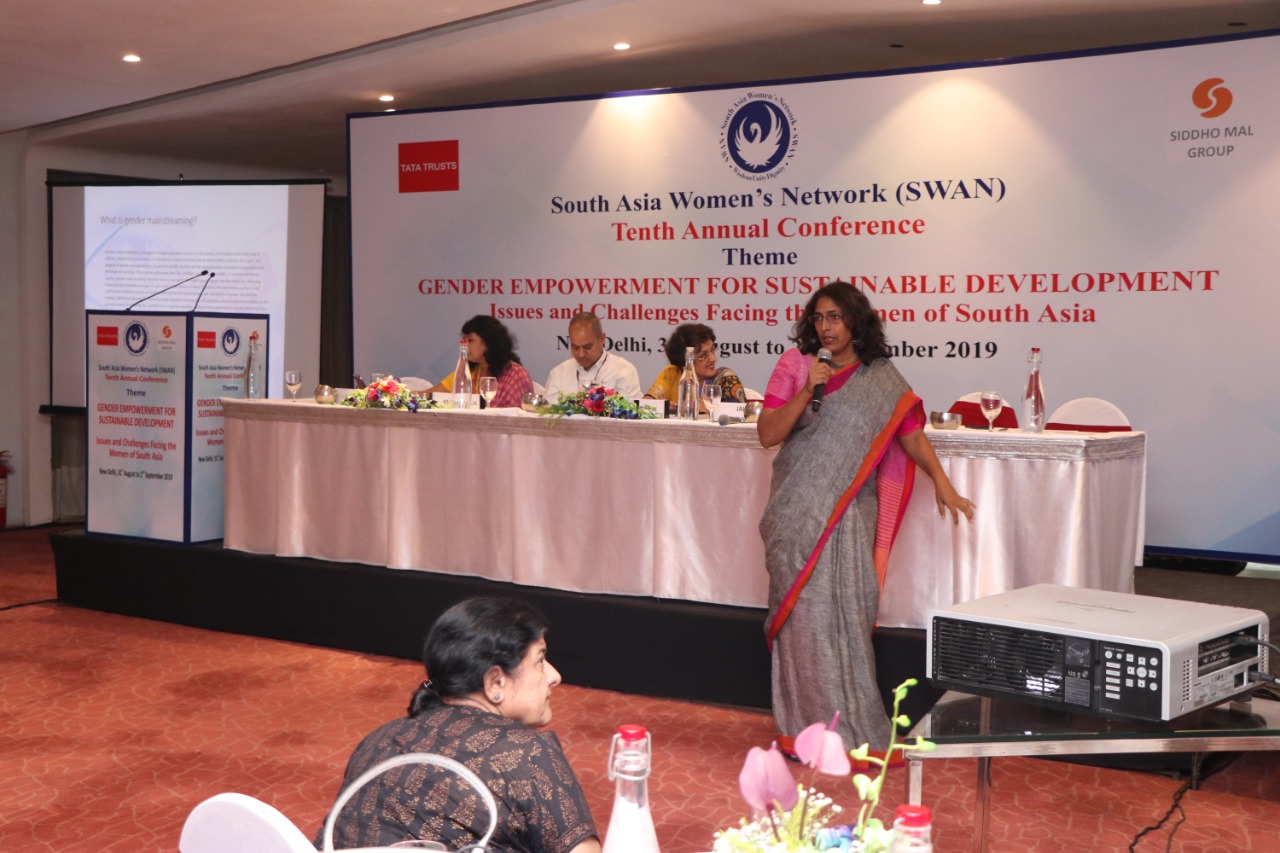 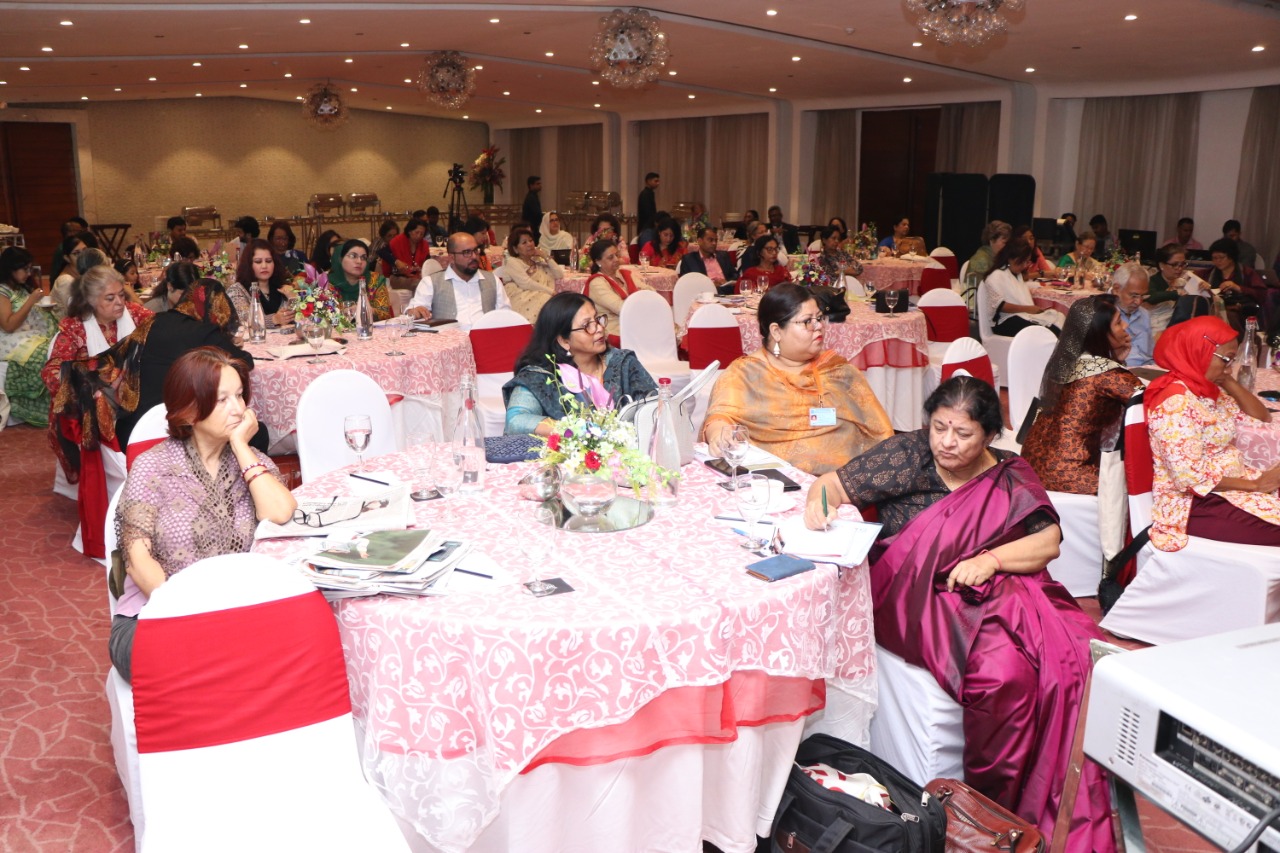 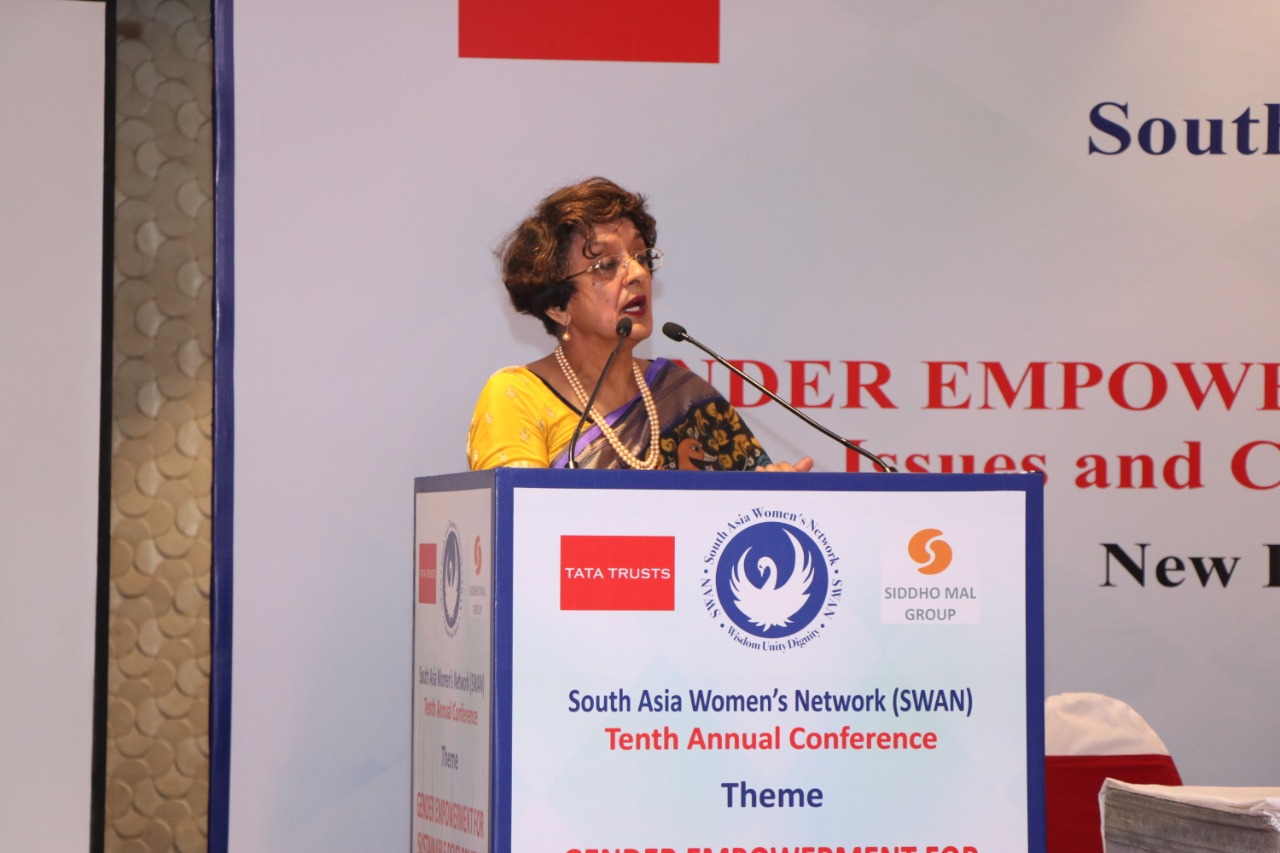 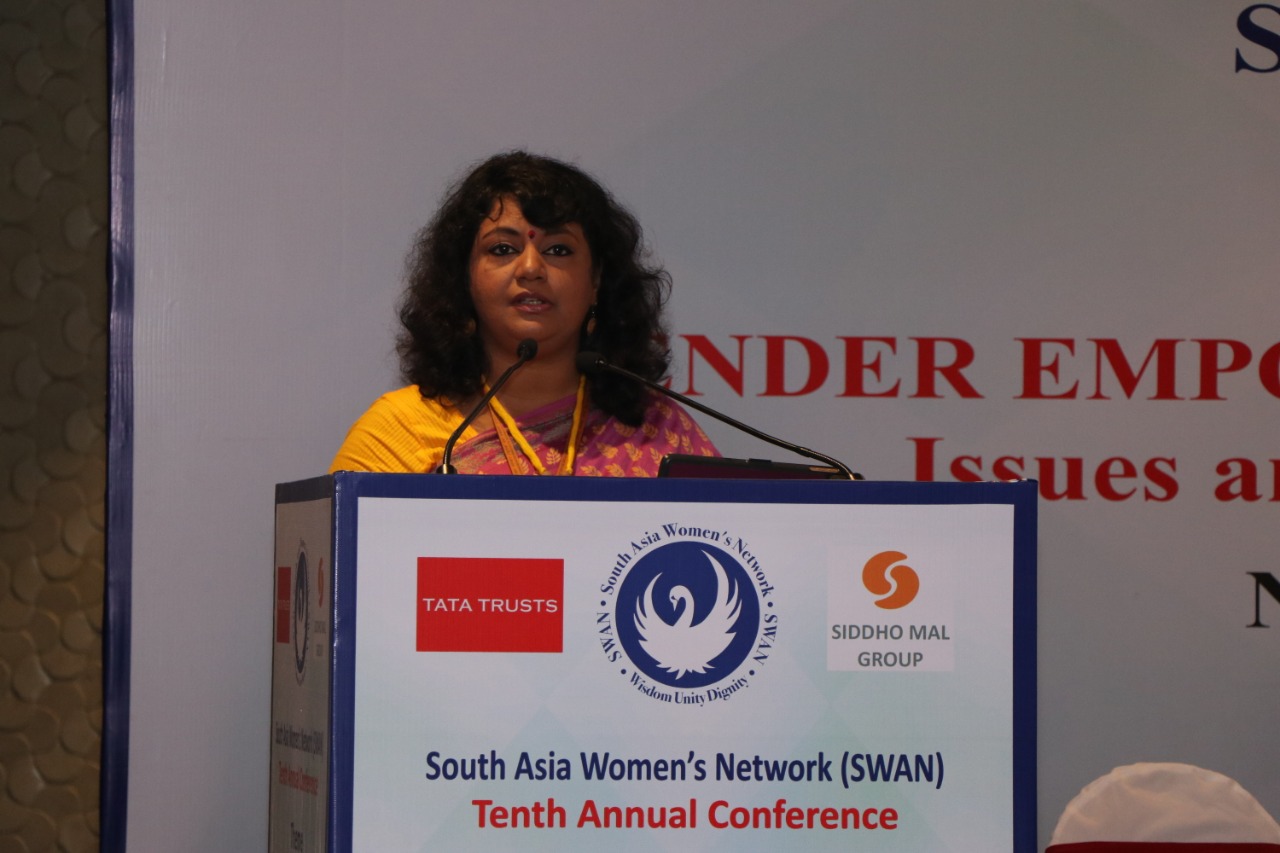 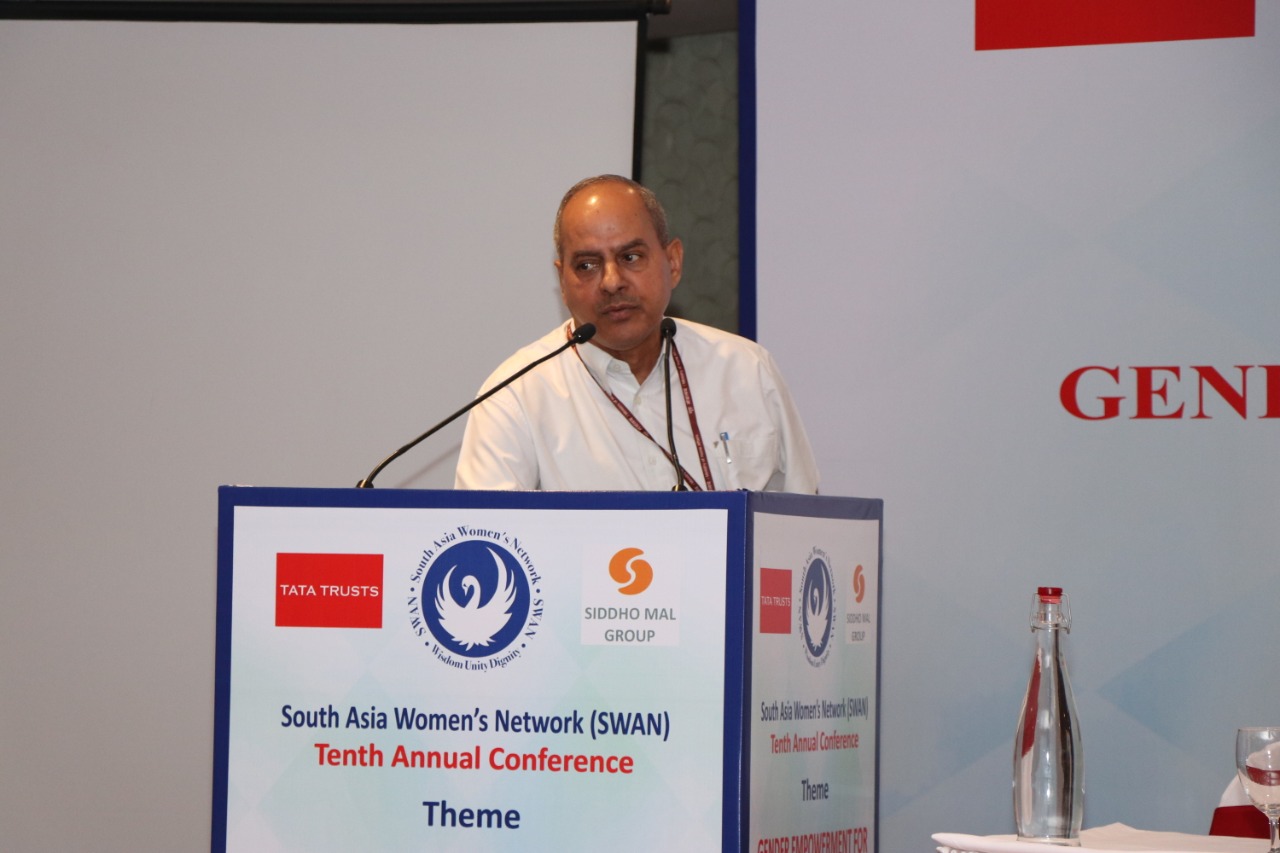 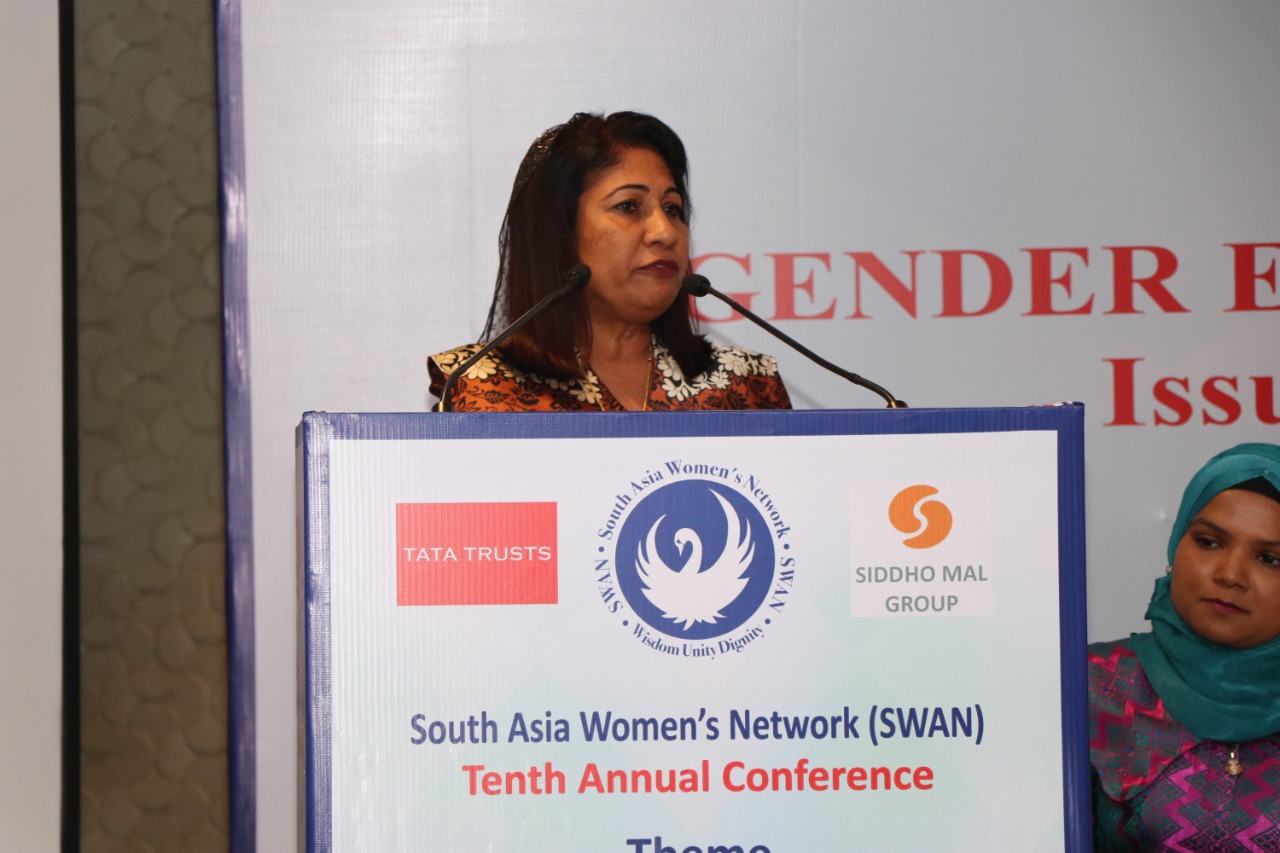 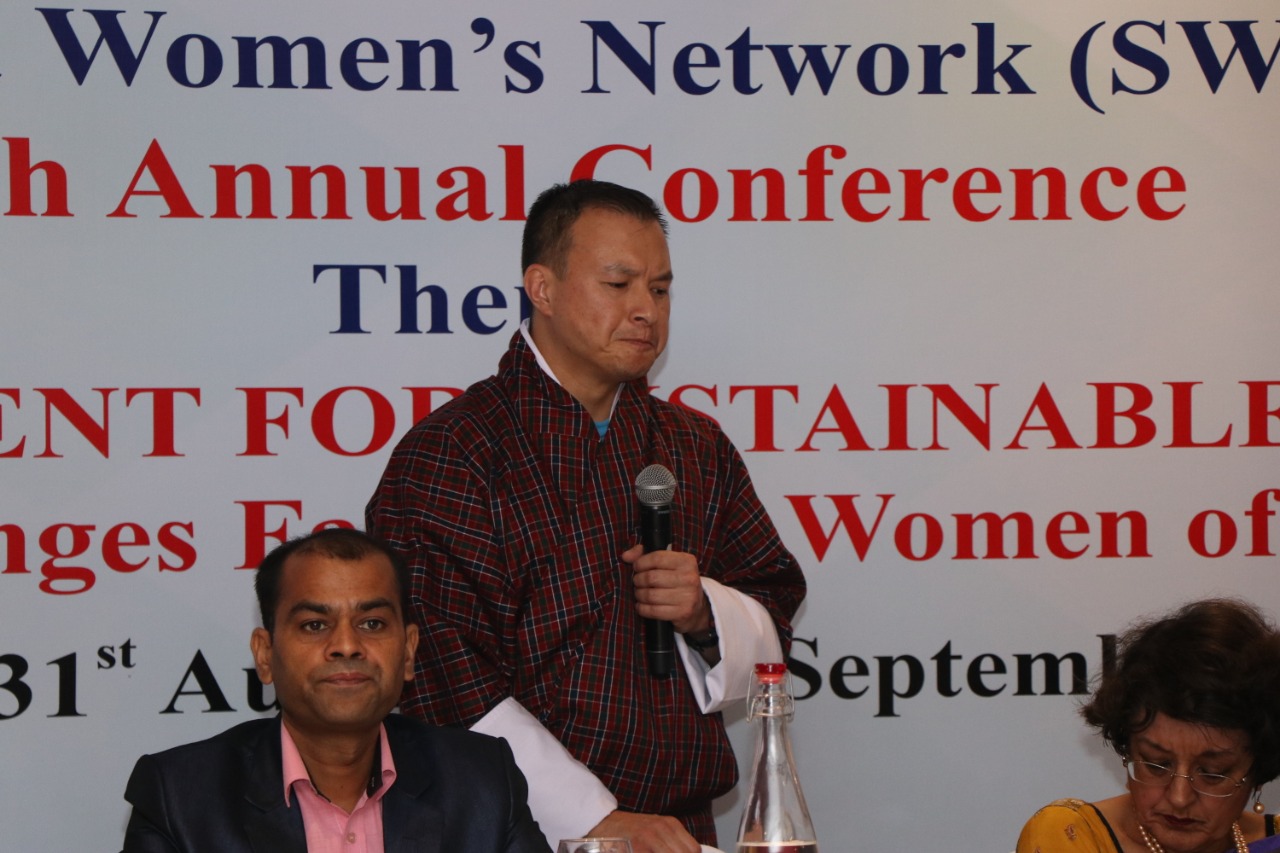 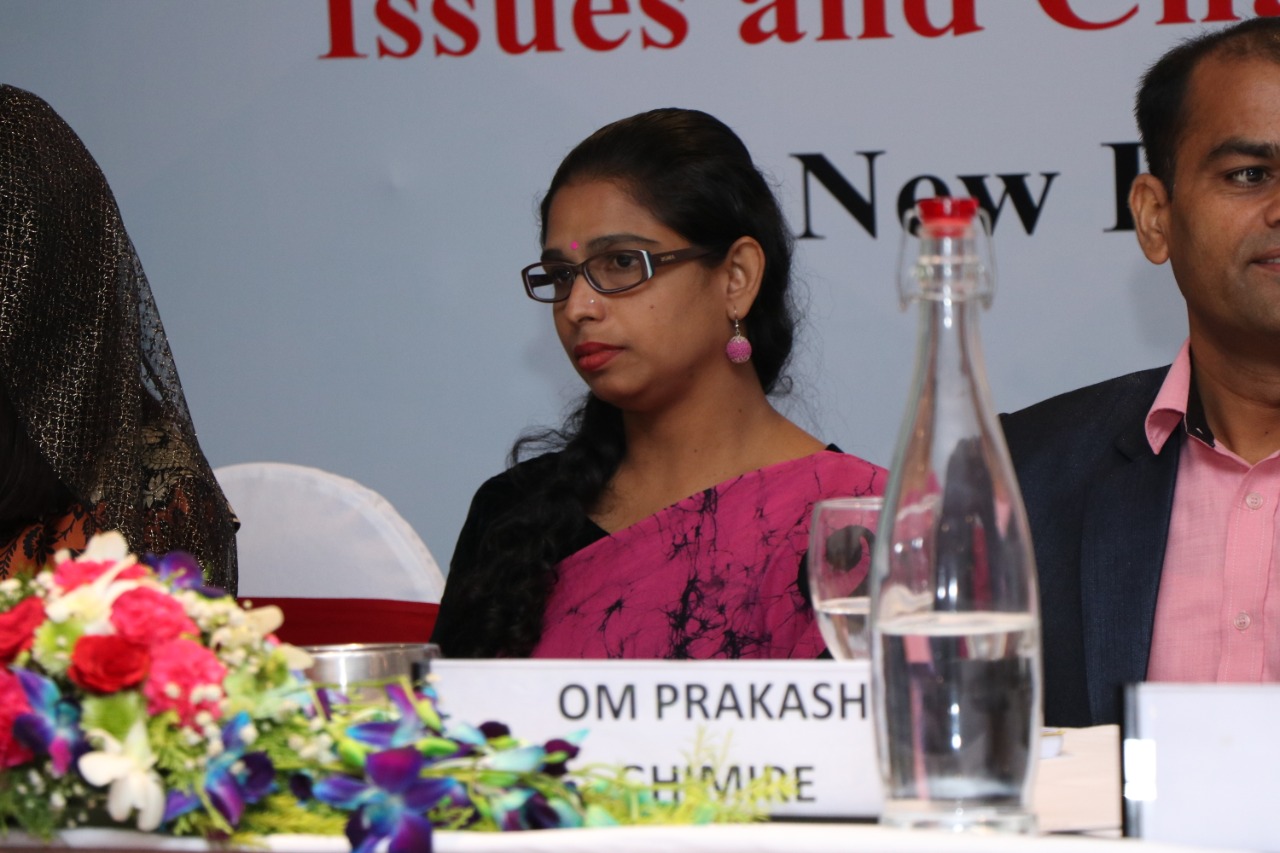 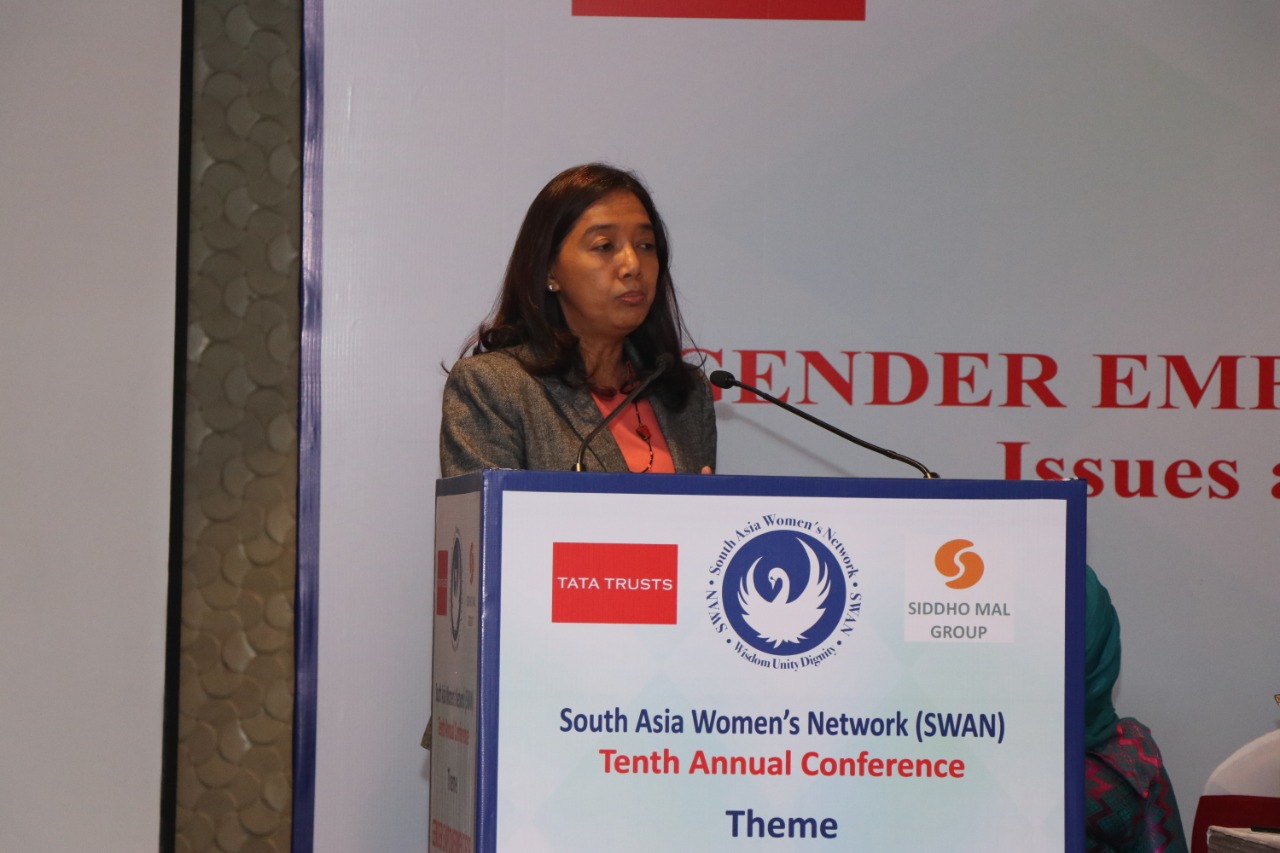 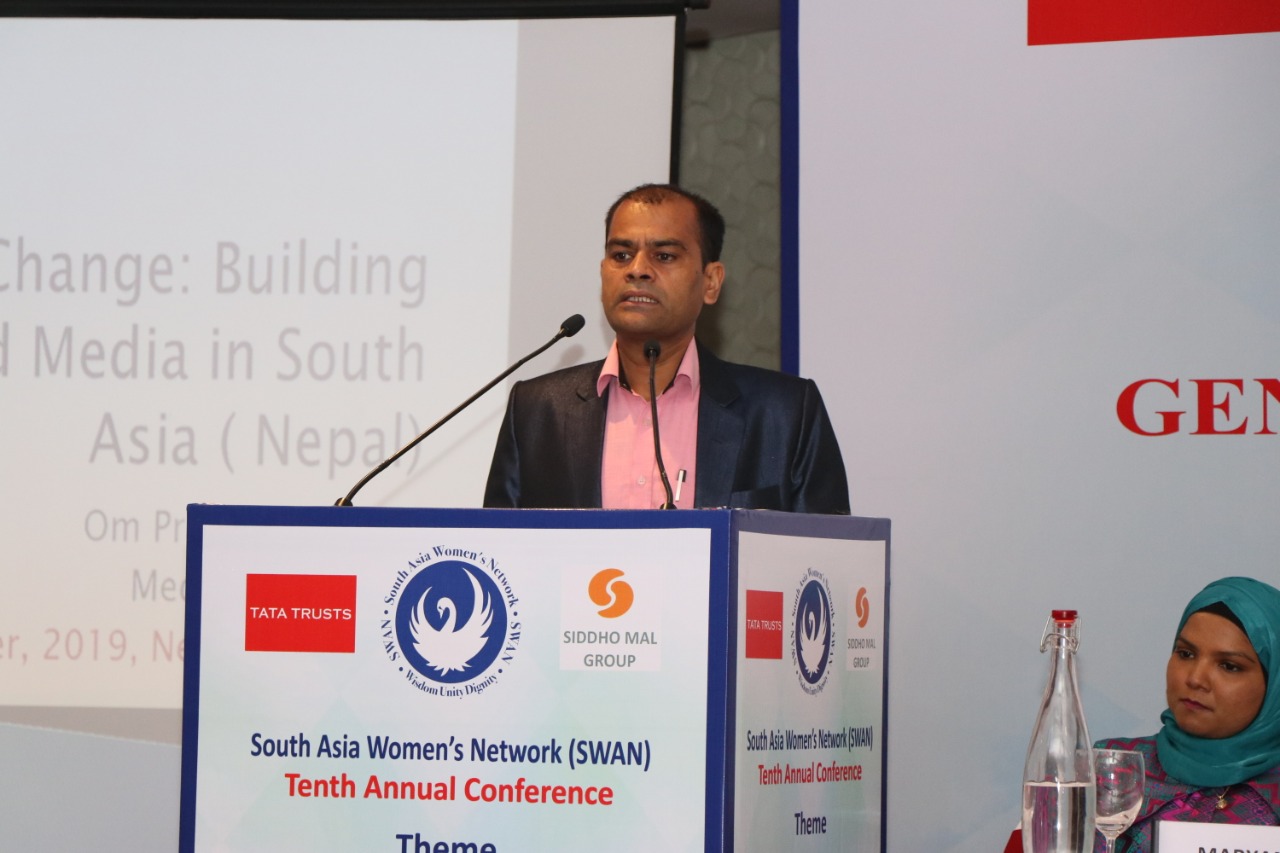 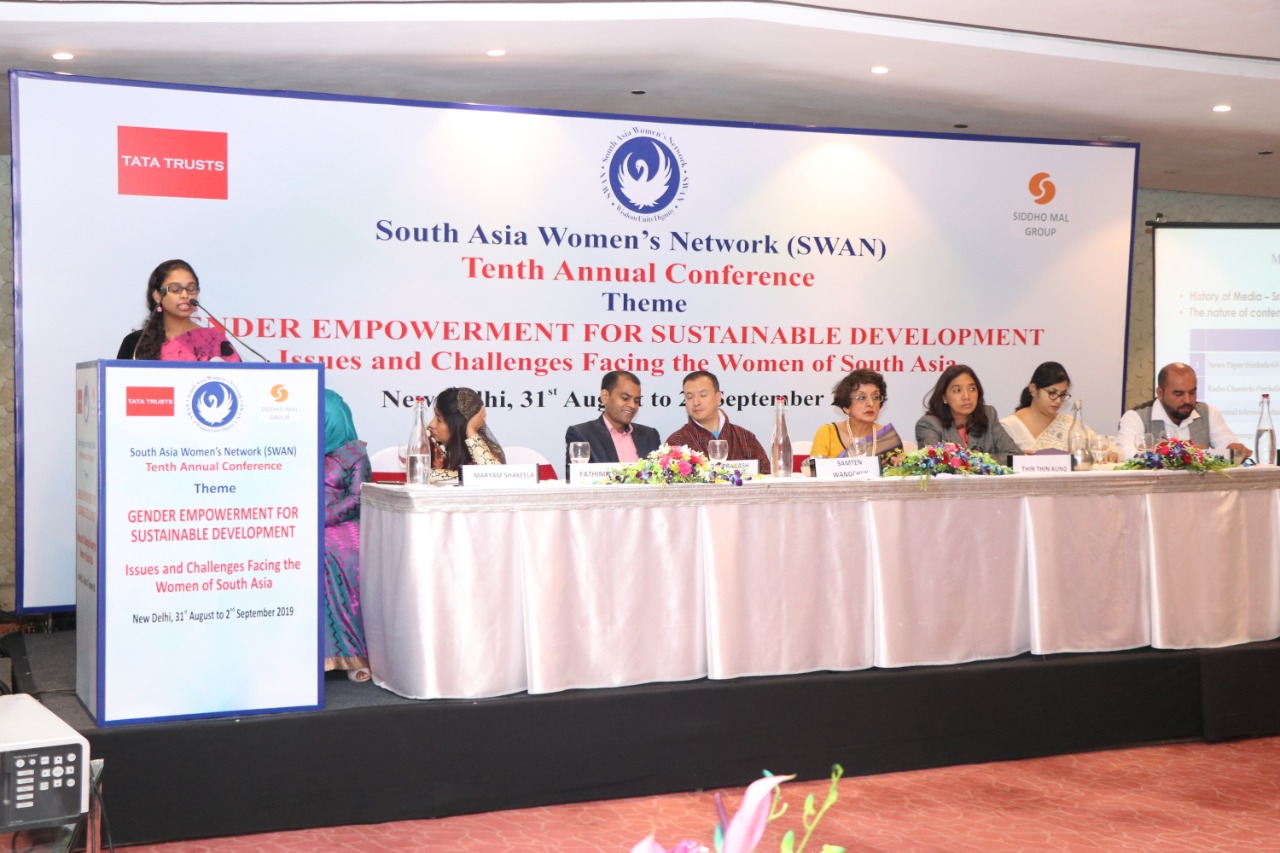 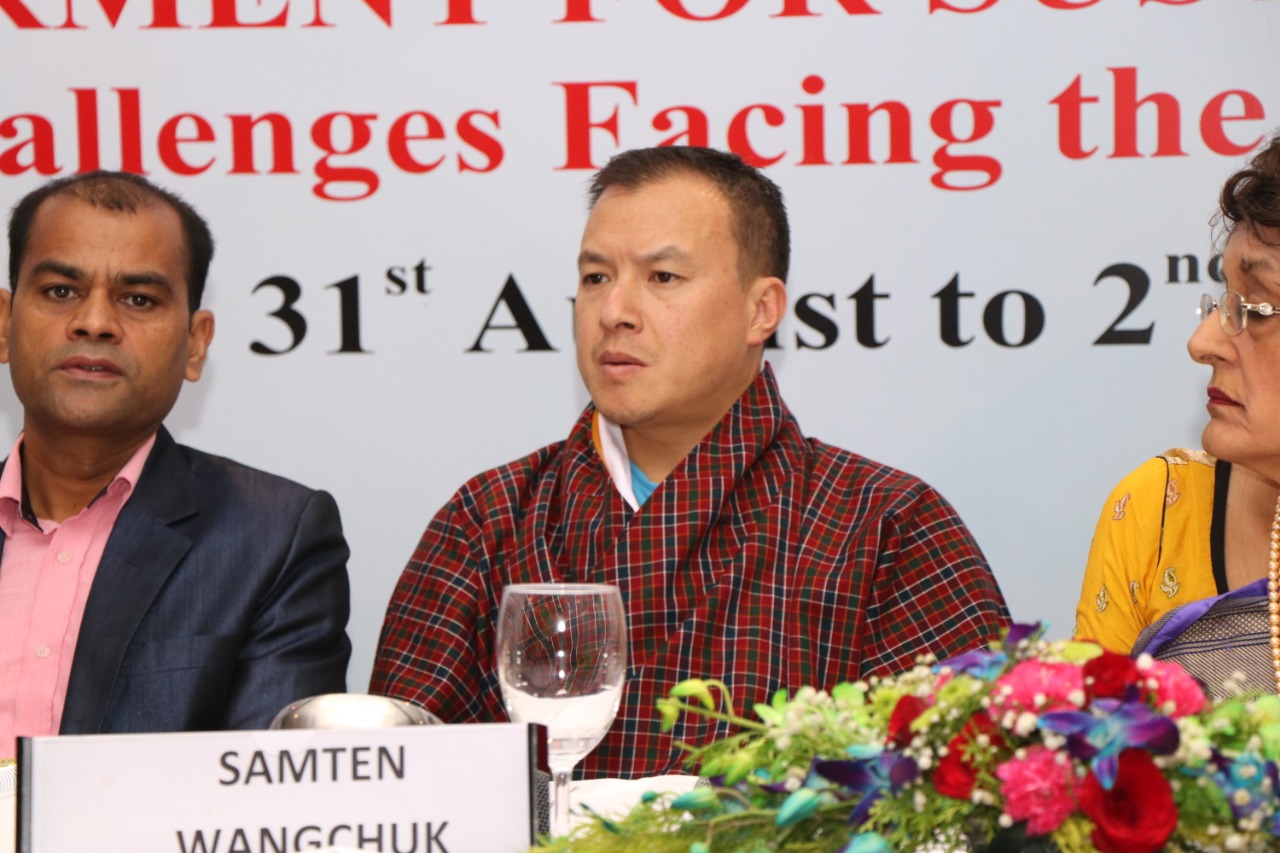 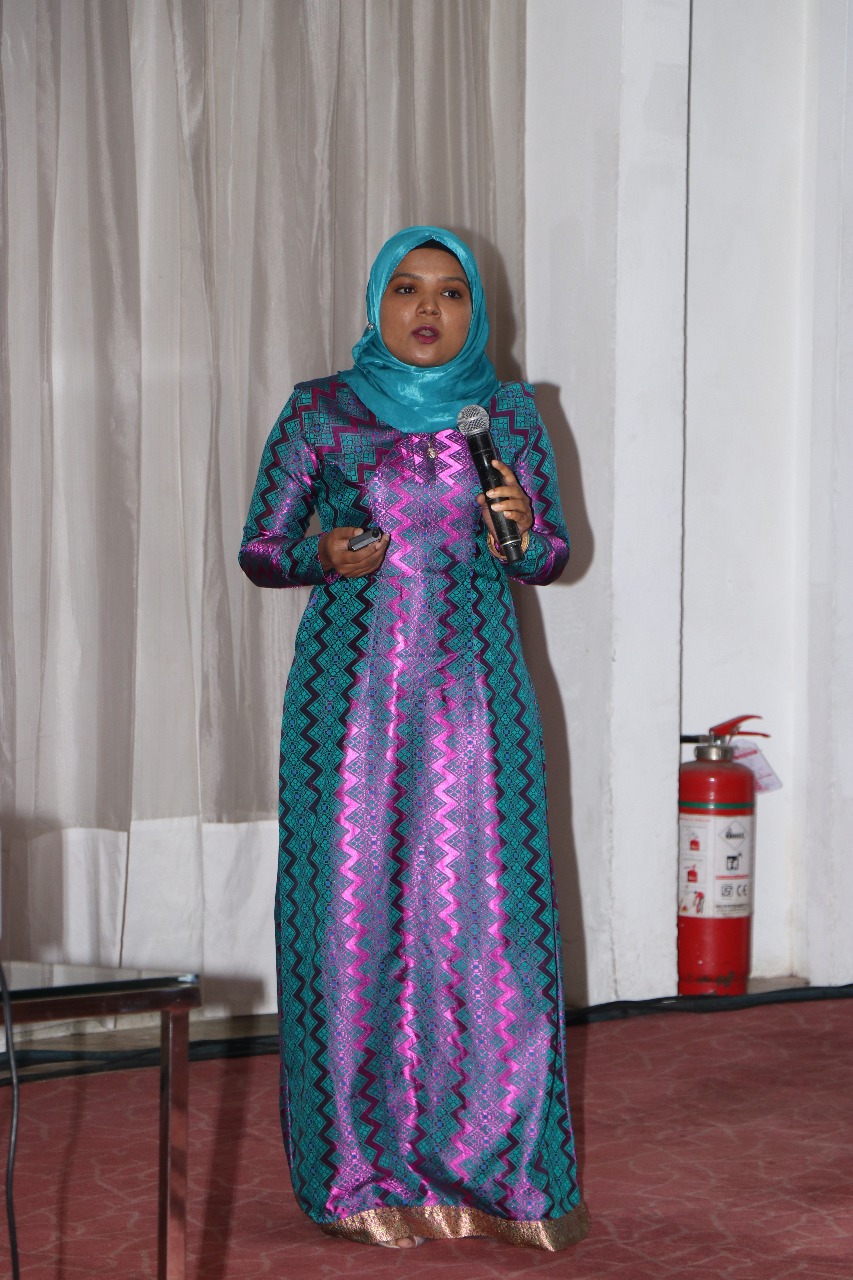